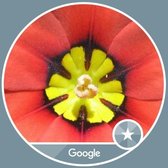 This week was Google I/O, Google’s annual developers conference. There were tons of announcements, wi